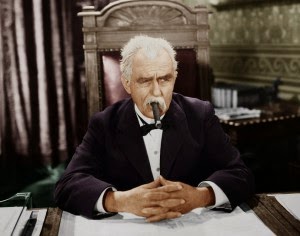 I was starting to feel like I was leading a double life. The girl in the video was not who I really was. Musically she was poppy and sassy and I was dark and quirky. But this was a great opportunity, working, writing and learning from Jud, meeting labels. This may not be who I’d eventually become but it was a great place to start.
Jud had arranged a handful of meetings in New York City, so my guitarist (and then boyfriend) and I quickly began rehearsing. Performing has always come naturally to me. I love connecting to an audience and the honesty in my performance is one of my strengths. But geling with the music was becoming a struggle for me. I have more in common with Bjork than Britney, and if I can’t relate to what I’m singing how the hell was I going to perform it to the biggest record labels in the world??
I was no longer allowed to hide behind a piano so I had to work on being a ‘front woman.’ Jud said I’d  need to ‘ooze confidence, be sexy and show them I’m the real deal’ …. I didn’t want to act sexy cos it’ll just look cringy and contrived. I was happy to ‘dress’ sexy, but in terms of performance I had to do what came naturally. The songs were rehearsed, my red PVC outfit was at the ready (wasn’t as trashy as it sounds – honest) but NOTHING could have prepare me for the week that was to follow.

We touched down in NYC, equipped with our demo, our music video and a set of well rehearsed songs – we were finally ready to showcase for the record labels. Jud greeted us with a beaming smile as we walked through the arrivals gate. I was grateful to have Andy; my guitarist and then-boyfriend by my side, he was not only a fantastic musician, he was also my rock and remains so to this day. We discussed the week that lay ahead over dinner; Jud’s enthusiasm was infectious, despite our jet lag. He had used his contacts to get us meetings with the head of the A&R departments at Sony music, Atlantic records and Arista – and it was all starting to hit home, that only a few months ago I was knee-deep in studentville, and I was now about to showcase for the biggest records labels in the world. The first meeting would be with Atlantic records the following morning. So once briefed, we headed back to our hotel to get some much needed beauty sleep – I was going to need it.