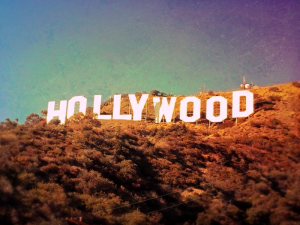 So the journey began during my last year at university. I was studying music at LIPA, the Paul McCartney institute of performing arts. I was close to graduating but I hadn’t really thought about what I was going to to do. My life had revolved around music ever since I was a kid. I was always singing, performing and writing songs but I was too consumed with the ‘sex, drugs and rock n’roll’ that went hand in hand with university life to decide on what I was going to do, and how I was going to do it.

One day I received an email that had been circulating. It was from a songwriter / producer based in LA who was looking for female singer songwriters who had potential to be a recording artist. I was intrigued and replied. His name was Jud J Friedman, and he was a 6-time oscar, grammy and golden globe nominated hit songwriter. Jud had written some hugely successful songs including ‘Run to you’ for Whitney Houston and ‘I don’t have the heart” for James Ingram. He’d also written for the like of Barbara Streisand, Ray Charles, Tina Turner and Rod Stewart.  So I figured he was the real deal, and not some dirty old man with fat cigar. I sent him a video of myself playing piano and singing some of my songs and he paid for my ticket to LA.

LA freaked me out on that first trip. I arrived wide-eyed and slightly homesick, as everything seemed so different … no one could understand what I was saying, the milk tasted weird and I didn’t know a soul. However It didn’t take long to settle in. Jud turned out to be a lovely guy with a lovely family. He lived in North Hollywood and when we weren’t working he showed me around. We went to some great places, some vibey parties and it was very easy to get caught up in it. I remember sitting in a car with Jud’s manager one night after he drove me home. He was raving about an amazing new song that had just come out. What struck me was just how excited these guys get about music! and how less cynical they seem to be compared to us Brits. The song was ‘I Try’ by Macy Gray.

I had the studio house to myself when we weren’t working.  I remember lying by the pool one day, when when my friend Andy (my now husband) called me one day to see if I was OK. He and some others were worried when they heard I’d gone to LA to work with ‘some guy.’ I could see how it might have looked but I assured them Jud was a lovely, and we turned out to have a good musical chemistry.

Before we started writing I played Jud my songs. They were similar in style to the music I write now, which comes naturally to me. But Jud was a pop producer, and said in if I wanted to get through the major industry doors I’d need to become more commercial and have some ‘hit songs.’ Like I said I hadn’t really thought about what I wanted to do. But here I was being given the opportunity to be a successful recording artist so I decided to go with it and here’s where I made my first mistake. I thought to myself; If we write commercial songs and get noticed, once I sign a deal, later down the line I can write the kind of music I really love. You’ll find out later how that worked for me. 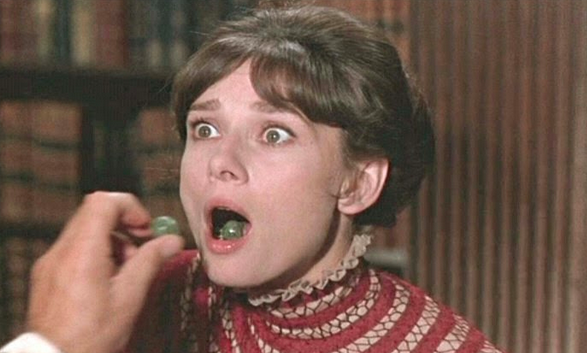 So Jud and I wrote and recorded 6 songs which were very strong and very commercial. The way Jud encouraged me to sing was also very different from my natural style. I was classically trained by opera singer Elaine Mary Hall, and I couldn’t help but sing ‘properly.’ Before I went to LA I had started to develop my own style as there’s no way I could sing my own songs ‘Julie Andrews style.’ I sometimes wonder if I’d gone down the Musical theatre route I could have been hugely successful in ‘My fair Lady.’ As it is my cockney accent is wasted.

So those who know me and my voice know I’m from the Kate Bush / Joni Mitchell school of music, but right now Jud was leading me was down the Avril Lavigne / Christine Aguilara school of pop. My voice is quite distinctive as it is, whether you like it or not I think you can recognise me. But Jud suggested I try singing straighter and harder. To his credit it did sound more commercial and worked well with the style of music we were writing, but to my ears I also sounded more like everyone else. I was always reluctant to sing or write straight pop songs. My own music is quirky, sometimes dark and melancholic because that’s what comes naturally and that’s what I enjoy the most. So this was going in the complete opposite direction to where I naturally wanted to go so I was understandable wary. But quite often when you’re with a writer in unusual surrounds and out of your comfort zone it’s very easy to get caught up. When everyone’s excited and raving about the song their enthusiasm is infectious and it’s only later when you listen back in your own surroundings, you hear it clearly (and consequently bang your head against the wall for letting yourself become the very thing you didn’t intend to become).

I knew this wasn’t really me, but I also knew I was young, I needed developing and where music’s concerned I don’t think you should ever stop experimenting and trying new things so I chose to remain open-minded.  If I had my time over I wouldn’t change any of my story. I’m a much better writer because of it and the people and memories I made were invaluable. So the songs we wrote varied from upbeat straight pop songs, to belting power ballads. It was two of these songs, “Walking in your footsteps” and “Raw” coupled with Jud’s reputation that were responsible for getting me through so many record company doors. But before we could approach record companies, we needed to make a music video …. cue the gym and Benny the male model.