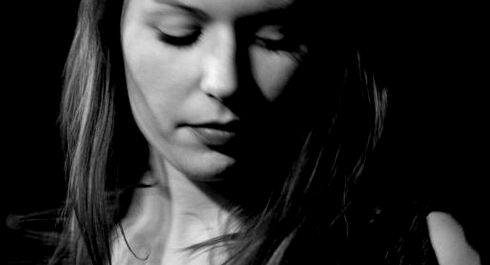 After the meeting with Muff all I wanted to do was write. Writing with others has always come quite easily to me, and I enjoy writing songs for other artists – It’s quite liberating. But when it comes to my own music my motivation is completely different: I have never been able to write simply for writing sake; I’ve tried, but the songs end up sounding insincere. When I write a song there’s usually a driving force behind it, that’s fuelled by whatever it is I’m trying to cope with at the time; be it fear, loss, heartbreak, love, death, sex or sheer madness. As a result, much of my work leans towards the darker side. It’s not deliberate, and I’m not a ‘tormented artist’ by any means – I’m quite a joyful soul, but then this is probably why; I don’t wear my sorrow in the day to day, I fuel it into my work.

So I wrote a few songs during this time; The first of which was ‘Did you see her.’ I’m not going to share many of the stories behind my songs as most are too personal (and once songs are written, I feel they’re as much yours as they are mine) but my current situation was quite evident in the lyrics of this song. Also, aside from my anguish in regards to Jud, I was starting to come to terms with what signing with a major label could possibly mean; as much as I wanted to share my songs with the world, the thought of becoming a well known popular artist in a country whose tabloids delight in rooting into the private life of celebrities filled me with fear, and haunted me for some time. I know it’s the reason some people want to sign deals but my personal relationships mean more to me than anything, so this also weaved it’s way into these early songs.

Once the songs were written, my next step was putting a band together. I knew who I wanted my band to consist of; they were not only great players, they were also good friends who I had met and played with during my time at LIPA (uni) several years earlier. During our time at LIPA we had toured Germany and Scotland together, performing the music of Joni Mitchell. As a result we were tight, and we played well together. I loved the style in which these guys played, and I still do.

The band consisted of:

Jodie May on piano

Henning Dietz (The Veils / The Fire Escape) on Drums

‘Did you see her’ was recorded by my good friend and fellow musician Ben Carrick. The session took place at Resident Studios in Willesden Green over the course of two days. It was then re-mixed a couple of years later by mix engineer Roy Merchant (M.I.A/Will-I-Am/Basement Jaxx) @ The Dairy studios in Brixton. It’s very easy for me to criticise my old work … I had an awful lot to learn in regards to singing, production and writing, but I still love these recordings like old friends; they capture a time, our youth and the anticipation of what lay ahead of us all. My voice was starting to develop it’s rougher, rockier edge in this song (which you can hear start to creep in in the middle section.)

If you can’t see the track above please click here

The second song we recorded was a monster of a song. We had already recorded the music at Resident Studios, we just needed to lay the vocals down. So my guitarist and boyfriend Andy, Ben Carrick (friend and producer of the song) and I holed ourself up in Ben’s flat to record what would be the start of a whole new sound for me. I had been listening to Pink Floyd’s Great gig in the sky and a lot of Led Zeppelin at the time – I loved the sheer rawness of Robert Plants vocals. I am not a rock singer by any means, but then again I don’t believe in putting oneself into a box – I simply like to go where the song and the mood takes me, and ‘Good for nothing’ needed something raw …. something different.

So I did what any self-respecting singer would do – I cracked open the Jack Daniels, rolled a fat spliff and got myself nicely hammered. Now kids – I am not suggesting you hit the bottle in order to get a good vocal performance. Neither am I suggesting that getting stoned gets good results – in fact we’ll discuss the effect of these vices in more detail at a later date. In a nutshell, drink/drugs are a slippery slope and are best avoided at all costs, you’re far better off hitting the tea and strepsils instead.

When it comes to singing it’s always worth experimenting with what you have. I naturally have a lot of soprano-y similarities to Kate Bush in my voice, so I sometimes I have to work quite hard to avoid sounding like that. While I love her voice, I don’t want to be another Kate Bush, just like I don’t want to write/replicate songs that already exist. Of course a lot of what goes in (i.e. what we listen to) ends up coming out … but you can still strive to be original. In other words: sound like yourself.

Emotionally speaking I was in a strange place at this point – and this song was a huge release for me. Both during the recording process, and in listening back to it. I didn’t need the drink in order to create this voice/sound, the voice was already there, it just enabled me to loose my inhibitions enough to discover it and ’let go.’ However once Ben pressed record we quickly realised we were going to need more acoustic treatment in the room – because it was loud! We quickly built a small vocal booth out of duvets (professional I know). It was roasting hot inside the duvet booth as you can imagine … sweat was pouring down my face and back – but we managed to capture the vocal after just a few takes. The track escalates into high screams at the end, which were pretty wild and liberating, and not all how I was used to singing. It was a relief to lose control a little, and so this new side to my voice began to feature more and more in my songs.

Note: If you can’t see the track above please click here

|
How not to be a rock star playlist, Jodie May Songs, Recording